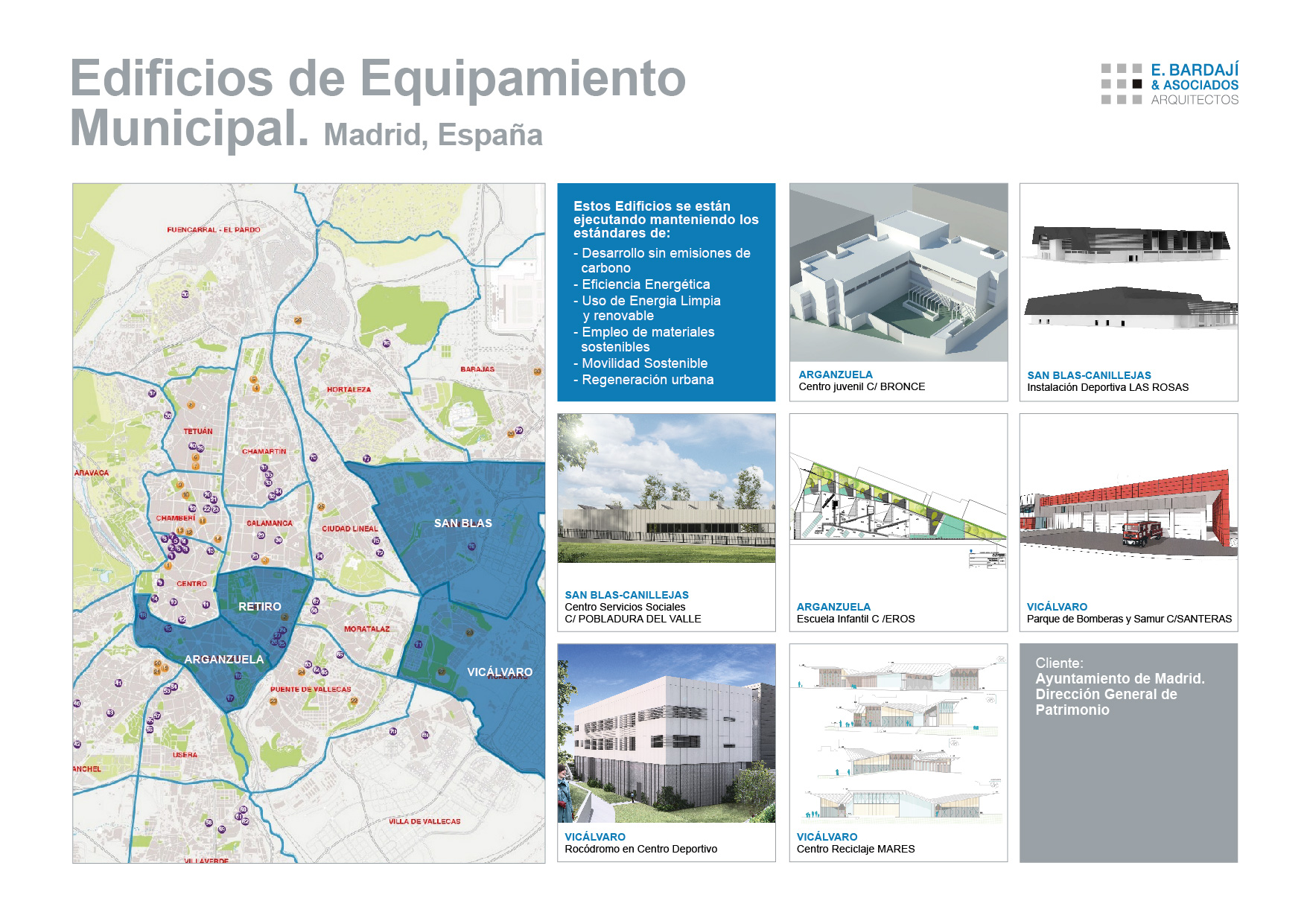 From the UTE formed by BARDAJÍ Arquitectos and VALLADARES Ingeniería, we have presented to the Directorate General of Heritage of the Town Hall of Madrid the Projects of Execution of the Infant School street of Eros 2 (D.Arganzuela), Infant School in Calle Doctor Laguna (D. Retiro), the Rocódromo del Polideportivo Municipal de Vicalvaro and the Fire Station also in the District of Vicalvaro, the latter modeled in BIM (Revit). All these projects are included in the Framework Agreement for Services of "Works to Support the Drafting of Projects for the Execution of Works".

We participated in the "The Skin of the Building" Conference organized by the Evetson Group, wh