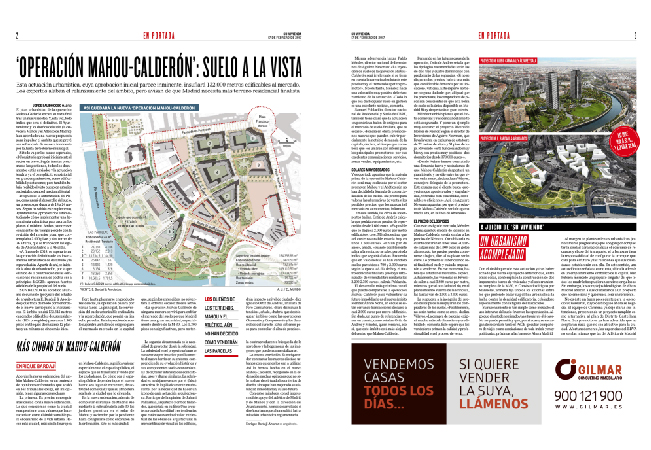 The Su Vivienda supplement of the newspaper El Mundo, has carried an extensive article on “Operation Mahou-Calderón” indicating that the process is nearing completion and that the project has the approval of the City Council, which will mean an injection of building land for the construction of around 1,300 flats.

As part of the report, Enrique Bardají wrote an opinion piece explaining the premises taken into account for the new organisation of the area, which can be read at the attached link.

Together with Mirabello Interiors, we took part in a presentation for the non-governmental
SPAIN
T. +34 91 358 51 40
ebya@ebardaji.es