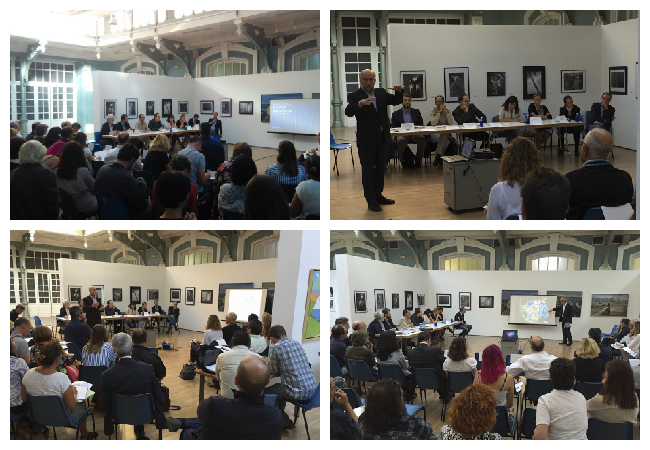 At the Municipal Meeting of the Arganzuela District, a public hearing was held where the final “Mahou-Calderón” project was presented, incorporating suggestions and requests from the residents and the parents’ associations of the schools in the area.

“The idea is the same, but it has substantially improved,” noted José Manuel Calvo, Urban Development Executive of Madrid City Council “and we tried to include a good number of these comments”.

“The drafting team for Atlético and Mahou is preparing all the technical documents to present a specific amendment to the General Land-Use Plan and the detailed organisation of the area, which is the basic thing,” explained Mr. Calvo.

A more sustainable area has been achieved, with more public facilities than in the previous partial plan; urban planning loads have been rationalised; and the previously-suggested built-up area has been reduced, together with the heights of the buildings.

The project was explained by the urban development executive of Madrid City Council on the Telemadrid programme Las claves del día. In it, he highlighted the fact that the process followed was a model for similar procedures, as it had included the interests of the land developers, the city council and the residents who, until now, had been ignored. “A big project for Madrid and the area” was the verdict on the final project from the urban development executive.