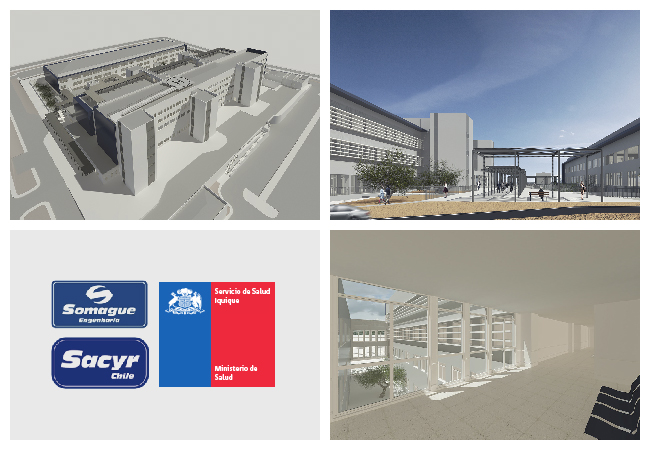 The consultancy formed by E. BARDAJÍ Arquitectos - IPIÑA+NIETO Arquitectos - JUAN CASARIEGO Arquitecto - VALLADARES Ingenieros - FAIC Ingenieros, has developed the construction project for the tender process for works on the ALTO HOSPICIO HOSPITAL in IQUIQUE, Chile, which was presented for tender on 10 June. The project was developed for SACYR Chile, which is bidding in the tender process with seven other companies. Entirely designed in the BIM environment, the project meets the respective technical and administrative rules, as well as the current regulations. The works include the building of the entire hospital project and the urban development.

With a total investment of 73 billion pesos and the construction of almost 40,000 m2, the aim of this project is to relieve overcrowding at the only hospital in the region, the population is this area is growing more than almost anywhere else in the country.