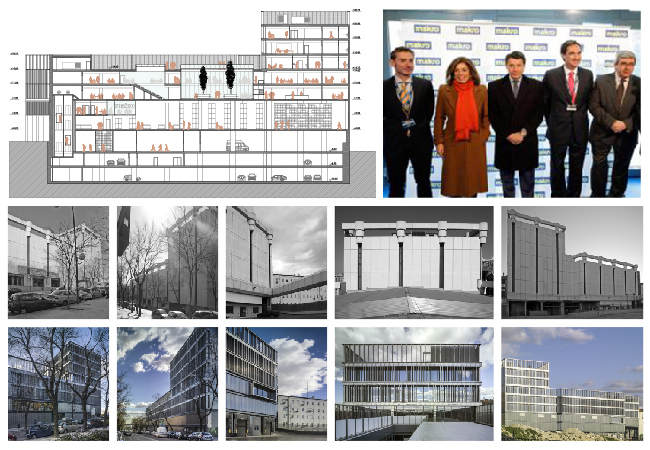 The first Makro urban store was officially opened on 15 January, the first phase of the project developed by Enrique Bardají y Asociados, in which it has sought to align the leading wholesale food company’s industrial image with the requirements to adapt to the built environment. The new offices will be opened this year as part of a later stage. The design was made, the licences were obtained and the store was built within nine months.

The work done by the E. Bardají y Asociados, supported by a l