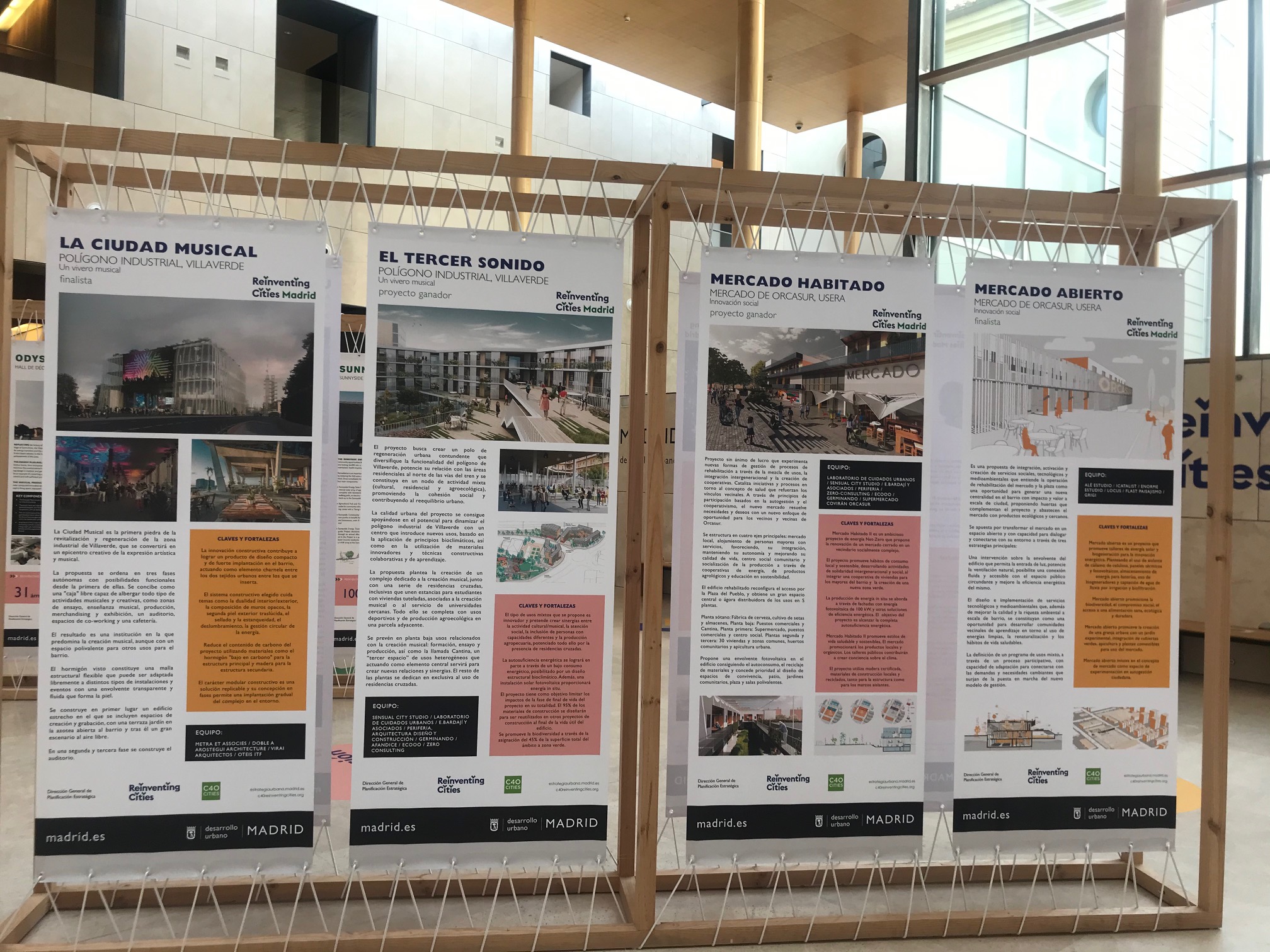 The exhibition “Reinventing Cities for more sustainable cities” has just been inaugurated at the Madrid History Museum (Fuencarral 78), where Bardají y Asociados participates with two winning projects and one finalist.

Reinventing Cities promotes a new type of urban planning involved in the fight against climate change by selecting the best projects that serve to revitalize underused areas or buildings. This shows the different projects that were presented worldwide in the first edition of the contest.

In this edition, our architecture studio, together with a multidisciplinary team, was the winner with two projects: 'El Tercer Sonido' located in the Villaverde industrial estate and 'Mercado inhabited', a project located in the Orcasur Market, in the neighborhood of Usera. In the second edition, Bardají y Asociados, has been selected as a finalist to develop the proposal with the project “Regenera Barajas” in the area of ​​the Airport District, with a project that explores new ways of living and in which we are currently working .

The contest is promoted by the C40 city network, an organization made up of 96 cities around the world that encompasses one in four inhabitants of the planet. The Exhibition 'Reinventing Cities for more sustainable cities' is organized by the Urban Development Government Area of ​​the Madrid City Council and can be visited until October 24 at the Madrid History Museum.

We begin the year by reviewing our 2019 activity.

On January 28th we participated in the talk-detabe about transgenerational housing on the occasion of the exhibit
SPAIN
T. +34 91 358 51 40
ebya@ebardaji.es