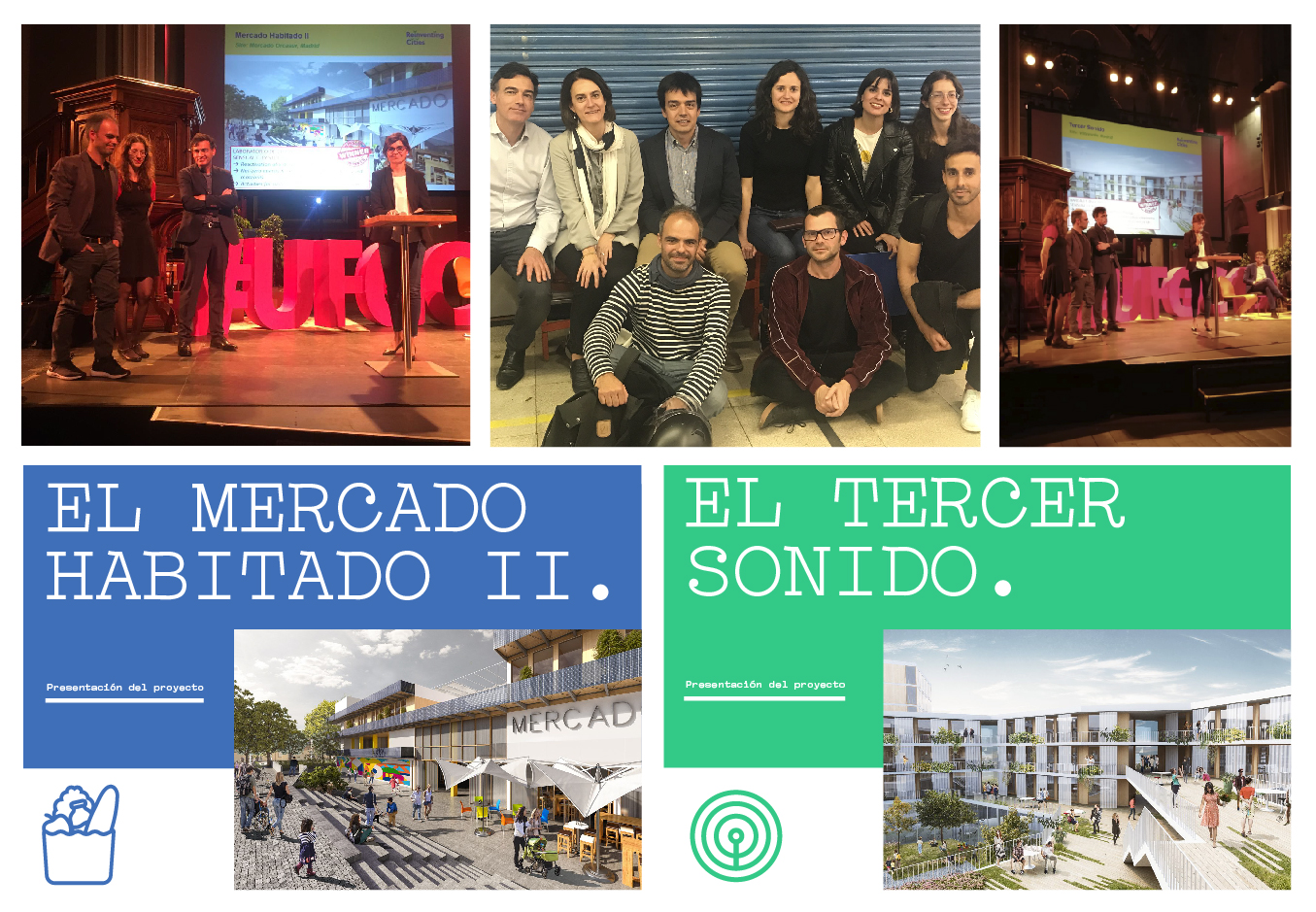 Laboratorio SUR, of which E. Bardaji y Asociados is part, received in Oslo the prize of the C40 urban regeneration global contest in which 15 cities around the world, integrated into the Reinventing Cities network, have identified 39 urban regeneration spaces and They have become the objects of an unprecedented global competition.

Within the framework of the URBAN FUTURE conference held on May 22 in Oslo, the awards for the finalist projects of this edition were presented. Our team, Laboratorio SUR, formed by E. Bardaji y Asociados, Sensual City Studio and Urban Care Laboratory, together with Periferia Estudio, have been the winners of the Madrid spaces in ORCASUR, with the proposal Mercado Habhab II and in VILLAVERDE, with Third Sound.

Carlos Santi, partner director of Architecture of the studio of E. Bardají & Asociados, was visiting Se